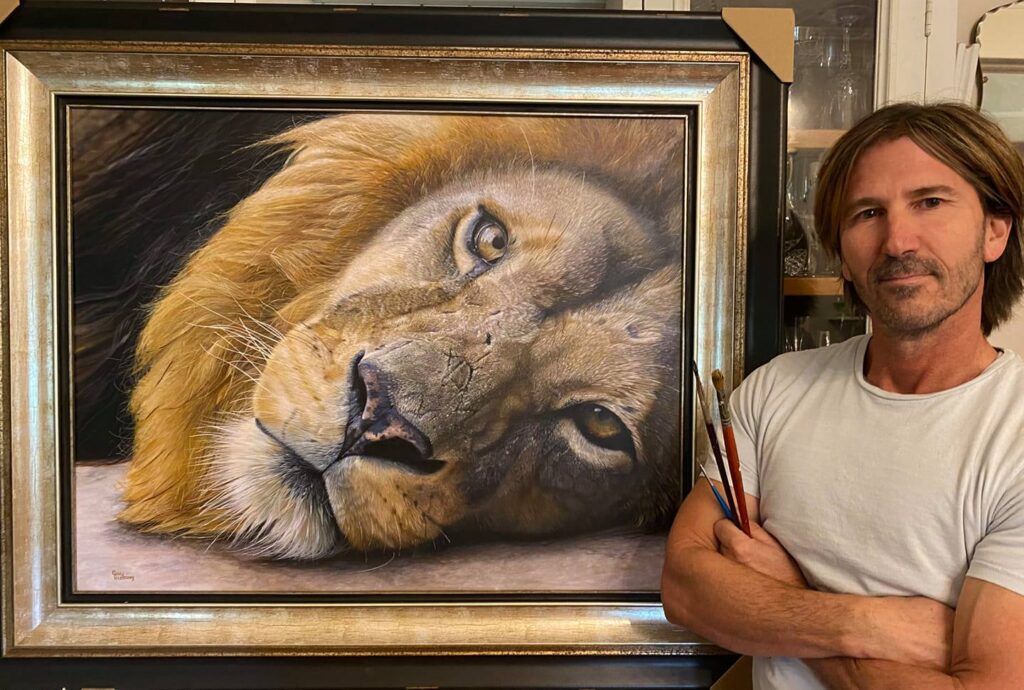 Oil, Gouache & Watercolour on Board

When Garry Fleming begins a new painting he always starts with the creature’s eyes. If the eyes are not correct, he scraps the painting and starts again.  He is completely a self-taught artist.

When Garry paints, for example, a bird, he tries to capture its softness and cuteness. He paints what he sees and feels rather than painting a technically accurate, but sterile representation of the bird such as you find in some early bird books, where stuffed birds were used as subjects.

“Painting to me has always been self-expression of the beauty that surrounds us every day. I love to capture this beauty as a reminder of moments special to me. As early as I can remember I’ve had an affinity with birds and animals”.

Garry was born on 7th March 1967, and grew up in the southern suburbs of Sydney.  He spent many afternoons with his grandfather, Lawrence Balzan, fishing the nearby river, whilst his grandfather told him stories of the “olden days”.  It inspired in Garry a lifetime love of story telling and the natural world.

Garry commenced work as an illustrator, designing souvenirs and postcards. After five years of this employment, Garry decided to strike out on his own and commenced writing and illustrating children’s books. Aged 21 years old he has pursued a full time career in wildlife art and story writing.

Garry’s work has been reproduced as Open and Limited Edition prints, calendars, watches, jigsaws and a wide range of souvenirs. All of this has helped him raise the profile of his work and his artistic career, but it is his illustrated & written children’s books that he is renowned for.

On the shelves of major bookstores worldwide you will find more than 175 books, written in 56 languages which amounts to literally millions and millions of sales.  It makes Garry one of the world’s most published wildlife artists.

Garry is a member of Artists for Conservation (ARC), which is a Canadian based international non-profit organisation that represents 500 artists from 30 countries who are passionate about wildlife and are committed to conservation.

In 2020, Garry won a Medal of Excellence from the Artists for Conservation 2020 Exhibit for Nature in Art for his painting “The Lazy Leopard” which was sold at Morpeth Gallery.

Garry’s career to date has been credited with many awards and achievements including the Wildreness Award for literature twice, The Whitley Award, Zoological Award, RAS Birds and Wildflowers art prize – first place three times.

Morpeth Gallery is the only place you will find Garry’s originals for sale. When Garry arrives for an exhibition, he is (nearly) always late.  Not being a prolific artist, Garry brings just one or two original artworks.  More often than not those two paintings are sold before they reach the top of the stairs to the gallery landing.  It’s an indication of just how sought after his original artworks are.  They are highly prized in investment art collections.